OES designed several versions of an email message about how and why to enroll in TSP. Some of the emails included a suggested contribution rate, which may act as an anchor value and affect decisions about whether and how much to contribute.

Servicemembers were randomly assigned to receive no email or one of nine different email messages. Their contributions to the TSP were compared using the next month’s payroll data. 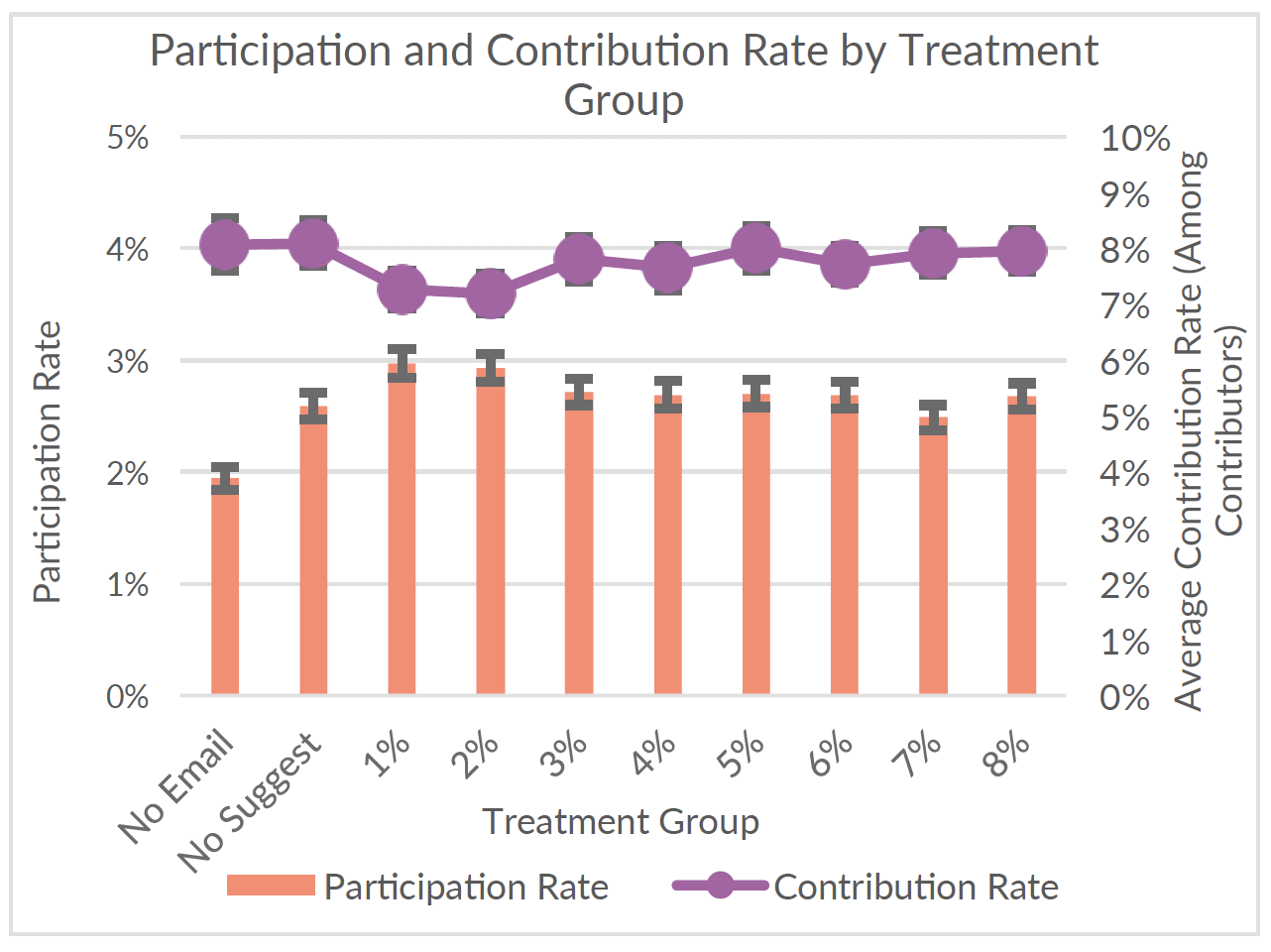 Emails with anchor rates increased participation in the TSP by 0.77 percentage points compared to no email, leading to more than $1 million in new TSP contributions in February 2016 alone.