Under the Supplemental Security Income (SSI) program, recipients are required to report to SSA any changes in circumstances, including a change in income, that could affect their eligibility in the program or the amount of their monthly payment. In order to reduce improper payments, SSA aimed to encourage more accurate and timely reporting of changes in wages among SSI recipients.

This study tested whether a behaviorally-informed letter would encourage SSI recipients to report any changes to their earnings in a more accurate and timely manner. Four variations of a reminder letter were tested: 1) a basic letter with simple language about the need to report any information about earnings that might affect SSI payment amounts; 2) a social information letter that provided individuals with information about the actions or decisions of others; 3) a penalty salience letter that included additional language on the possible penalties from failure to report; and 4) a combination letter which included both behavioral components. 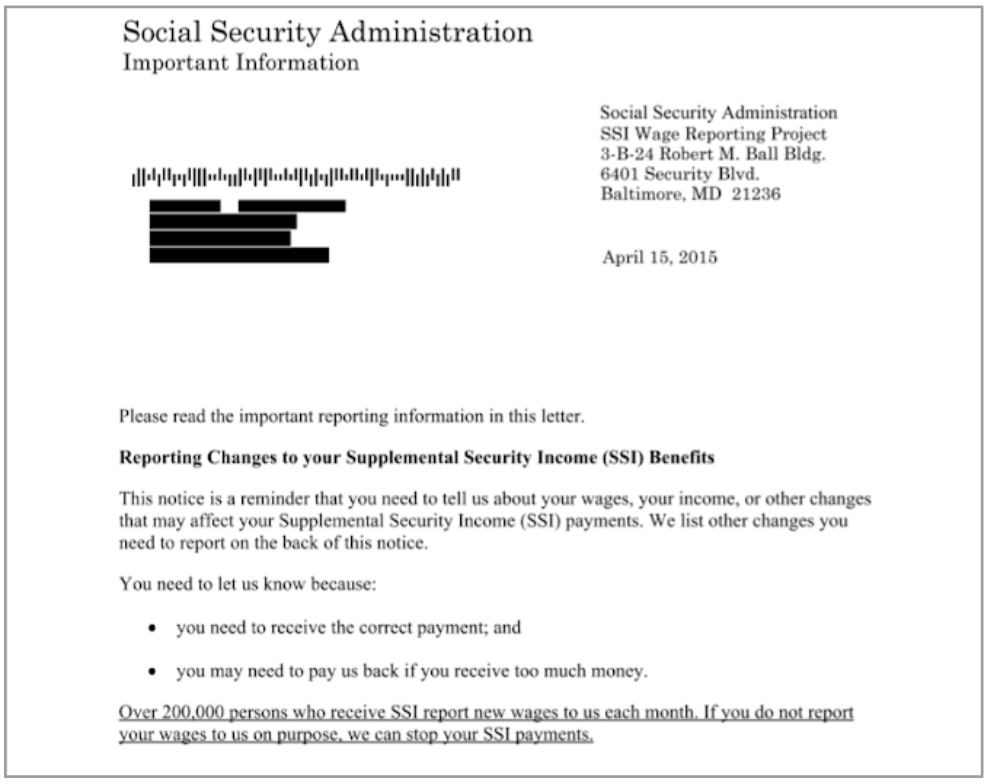 SSA selected a sample of 50,000 SSI recipients who were between 18 and 50 years of age, had no earnings, and were deemed by SSA as more likely to experience changes in their earnings. 40,000 of these individuals were randomly assigned to receive one of the four letters. Another 10,000 received no letter, serving as a control group.

Three months after the intervention, SSI recipients who received any letter were 34 percent more likely to have reported any earnings for the previous three months, and they reported about 75 percent more in earnings. Based on the increase in the amount of wages reported, a cost-benefit analysis suggests that the letters generated a reduction in overpayments of approximately $9.44 per $1 spent by SSA. 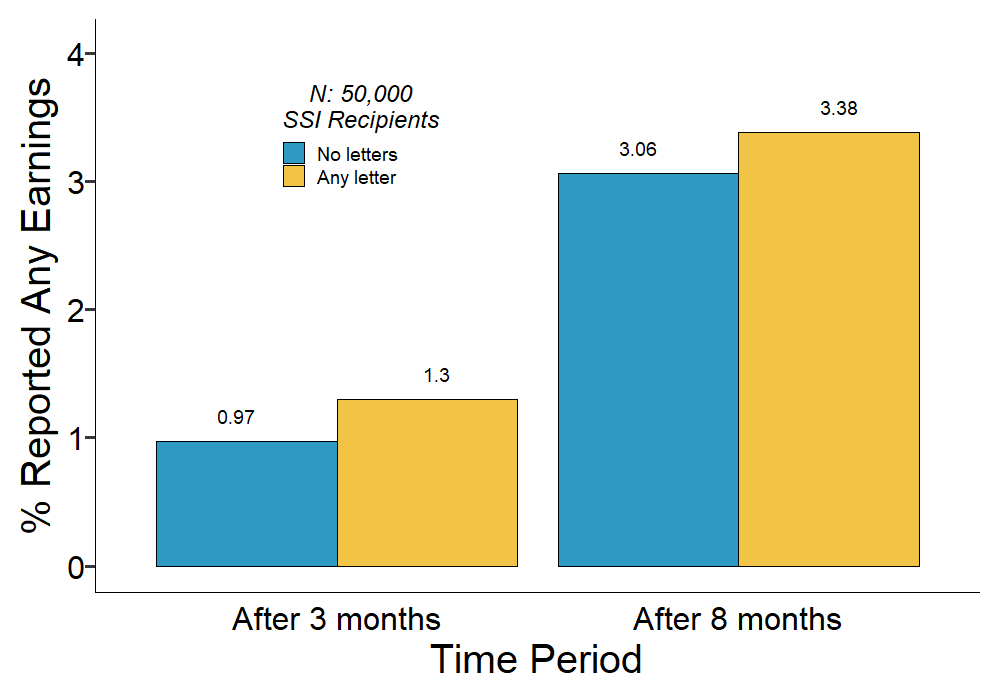