GSA’s Public Buildings Service (PBS) owns or leases over 9,600 assets, with more than 370M square feet of space for over one million federal employees. Each year, PBS sends Federal employees the Tenant Satisfaction Survey (TSS), the results of which inform the Federal facilities strategy.

29,997 employees were randomly assigned to receive one of two emails: 14,997 received the business as usual launch email, and 15,000 received an email with an embedded calendar invite to use as a reminder to take the survey. The two emails had distinct links to two identical versions of the survey, allowing tracking of views, starts, and completions by email group. 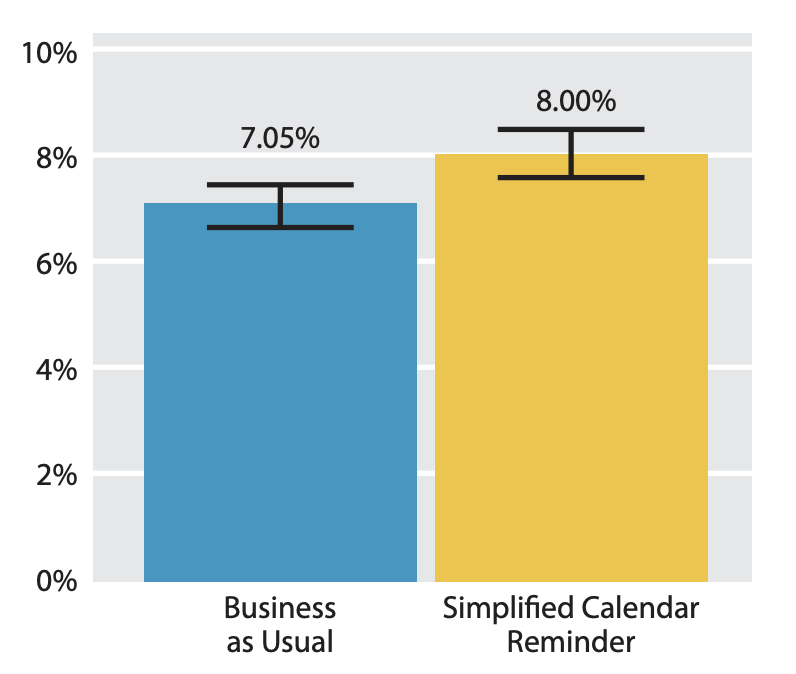 One week after sending the emails, the calendar reminder resulted in a nearly one percentage point higher completion rate amongst people sent the email, and a 13.5% higher relative completion rate.