Encouraging Action Among Students At Risk to Withdraw

Each year, students who continue in a postsecondary program must submit a renewal FAFSA to determine eligibility for Federal financial aid. If a student borrower decides to no longer continue in postsecondary education, the student enters a six month grace period followed by loan repayment. Given the timing of when institutions report students’ enrollment status to the U.S. Department of Education relative to the grace period, some borrowers may not be prepared to enter repayment and could risk missed payments. Notifying borrowers of the loan repayment timeline could encourage them to take action.

In the summer after their first year of school, the U.S. Department of Education emailed first-time, freshman student loan borrowers who were at risk of withdrawing from their program of study prior to completion. The emails encouraged students to renew their FAFSA for the upcoming academic year if they planned to return to school or to prepare to enter loan repayment if they did not.

The U.S. Department of Education identified a pool of student borrowers who were at risk of withdrawing from school prior to completing their course of study. From the pool of at-risk students, approximately 195,000 borrowers were randomly selected to be emailed in July, 2015 — the summer after their first academic year. An additional 50,000 borrowers were randomly selected into a control group and were not emailed. Differences in enrollment rates were compared for the spring 2016 and fall 2016 academic terms. 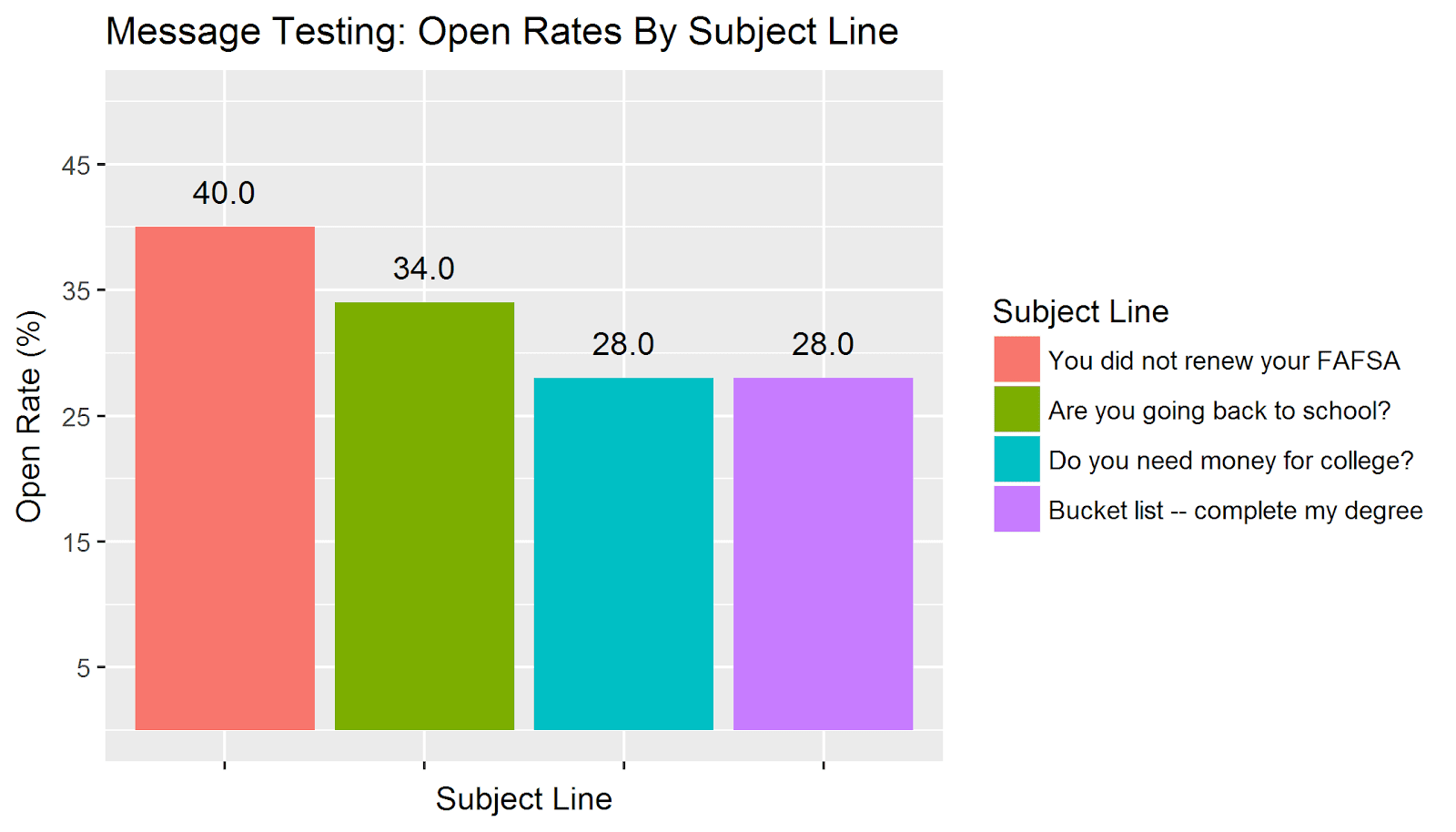 Borrowers who were emailed were 1.0 percentage point less likely to be enrolled the following spring semester (37.5 percent) than those who were not emailed (38.5 percent). The results persisted through the fall 2016 semester, with borrowers who were emailed 0.9 percentage points less likely to be enrolled (31.3 percent compared to 30.3 percent). This could mean that reminding borrowers of financial aid and loan repayment decisions prompted them to review their decision to return to school. Given that the borrowers included in the study were at risk to withdraw, it is possible some made the decision not to return to school earlier than they otherwise would have.