One email enables 22% more Servicemembers to re-enroll in their Thrift Savings Plans.

The Federal Government operates a workplace savings program called the Thrift Savings Plan (TSP) for all of its employees. While civilian employees are automatically enrolled in TSP, Servicemembers are not. Due to a change in the military pay system, nearly 140,000 active duty Armed Forces members needed to re-enroll in their Roth TSP to avoid indefinite suspension of their contributions.

OES redesigned the email notification, emphasizing the New Year as a fresh start, identifying the simple steps for re-enrollment, and encouraging action to avoid losing savings. 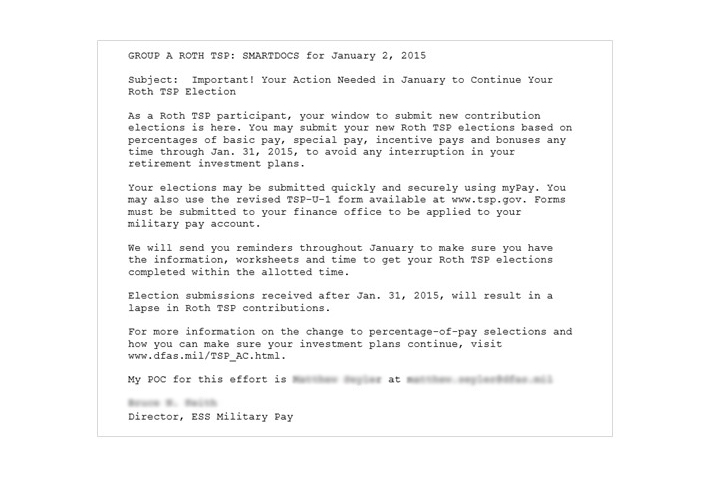 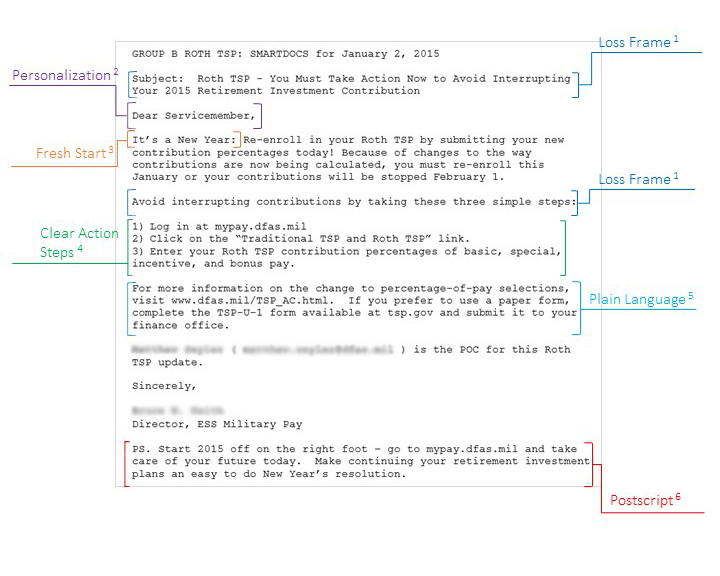 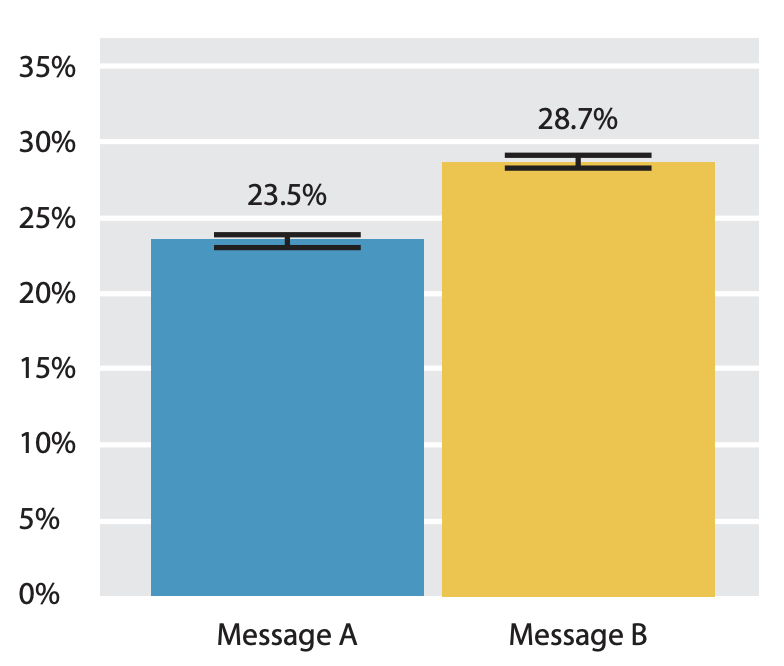 One week after emails were sent, 22% more Servicemembers re-enrolled in TSP, or at least accelerated their re-enrollment, as a result of the redesigned email. As a result of this success, a modified version of the more effective email was scaled to the entire population, encouraging remaining Servicemembers to act before the deadline.