Every year 20 to 30 percent of college-accepted high school graduates in urban districts fail to matriculate in college in the fall—a phenomenon known as “summer melt.”

Sending students text message reminders about key tasks related to college matriculation, such as completing financial aid paperwork, have been found to increase first-year enrollment. OES designed personalized text messages for students and parents to remind them of critical tasks, and connect them to individualized college and financial aid advising. 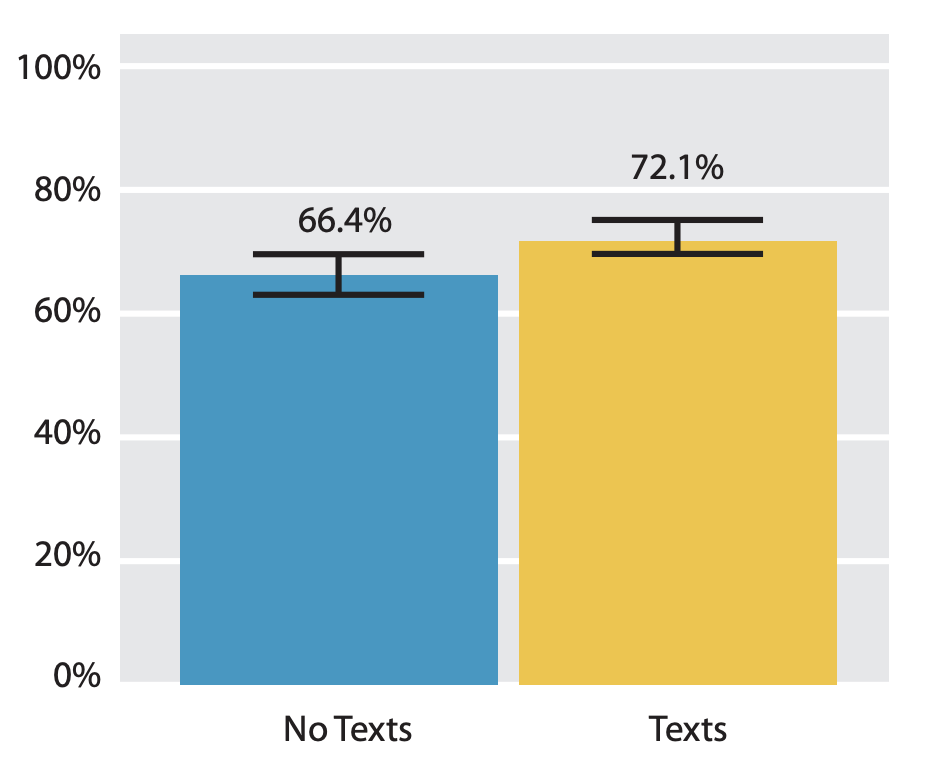 Among all students sent text messages, 68.0 percent enrolled in college in the fall compared with 64.9 percent of those not sent messages. Enrollment effects were larger for the lowest-income students and for first-generation students. Among low-income students, the text messages increased enrollment from 66.4 percent to 72.1 percent, a nearly 6% increase in enrollment.