Encouraging higher TSP contribution rates during new employee orientation showed no detectable effect on the likelihood of contributing 5% or more.

The Federal Government operates a savings program for its employees known as the Thrift Savings Plan (TSP). New employees are automatically enrolled in the plan at a contribution rate of 3 percent, and nearly 90 percent of civilian employees participate in the plan. However, civilian employees who contribute to TSP receive matching employer contributions up to a maximum of 5 percent. Nearly 1 in 3 new Treasury employees contributed less than 5 percent in FY 2015, therefore sacrificing both overall compensation and added retirement security. 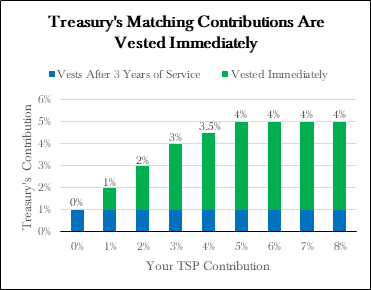 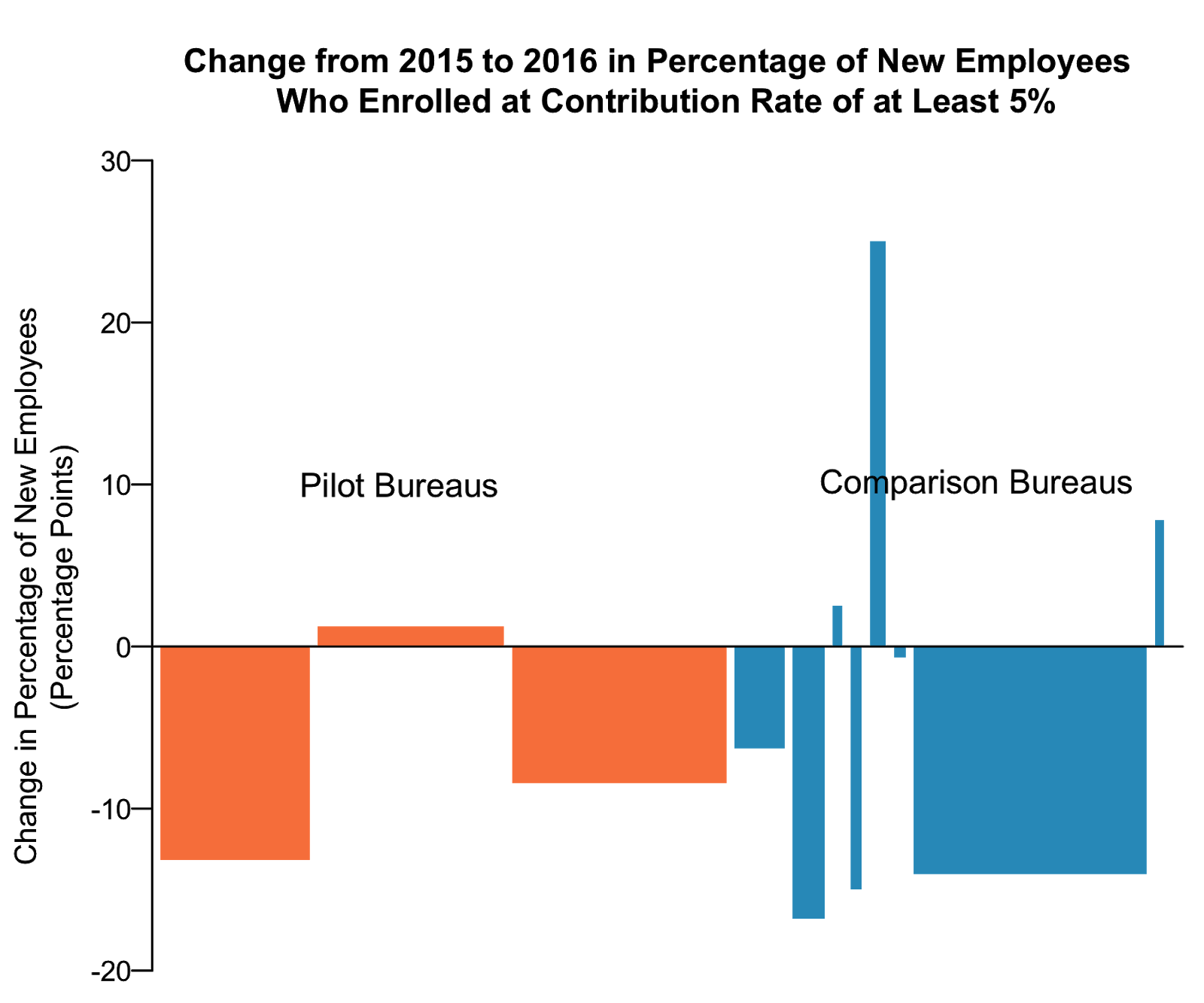 While the informational materials tested by Treasury in this pilot project did not result in a statistically significant change (using Difference-in-differences analysis) in the percentage of new employees contributing 5% or more, Treasury was able to rapidly evaluate the impact of this intervention, and the results can inform future efforts to promote contribution to TSP.