Variations of an ad did not lead to detectable differences in site visits.

The Office of Evaluation Sciences (OES) worked with NVPO to craft variations of a Facebook ad that targeted pregnant Facebook users. Four variations of the ad were developed, in which the text and image both varied to focus on either the baby only, or the baby and expecting mom. The ad campaign ran for 18 days in November 2017. 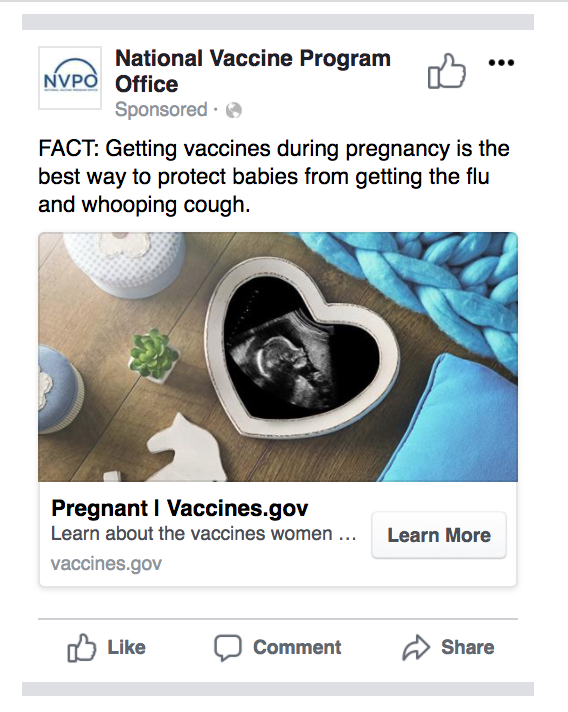 Platform users were randomly assigned to one of the four conditions based on their zip code, in a two-by-two design which allowed for comparisons across each of the four groups, and across text variations or image variations.

We did not observe any statistically significant differences in click-through rates between the ad variations.