Explaining benefits of TSP during in-processing doubled the number of Servicemembers enrolling.

The Federal Government operates a workplace savings program called the Thrift Savings Plan (TSP) for all of its employees. While civilian employees are automatically enrolled in TSP, Servicemembers are not. Roughly 58% of more than 1.3 million active duty Servicemembers in the Armed Forces are not currently enrolled in any TSP and only around 1% of non-enrolled Servicemembers newly enroll each month.

At no material cost, OES developed a cover sheet for the TSP Election Form that was included in required in-processing documents at Fort Myer. The cover sheet explained benefits of TSP, and prompted contribution as an active choice.

Briefing logistics made random assignment infeasible, so to estimate the impacts of the treatment period at Fort. Myer, TSP enrollment data was collected both at Fort Myer during the year preceding the pilot, and from three comparable forts. 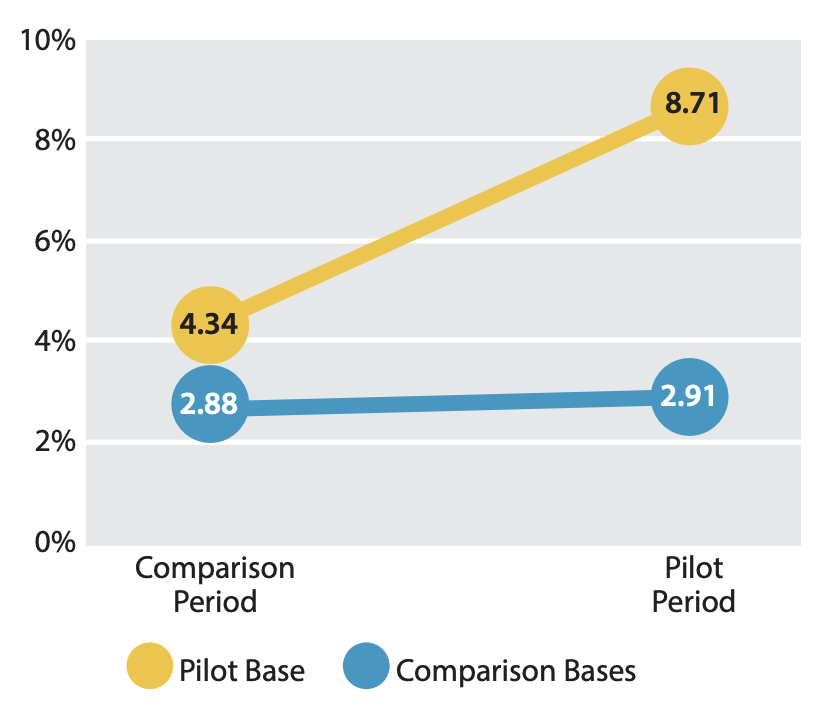 Based on TSP enrollment rates for Servicemembers in-processed and not already enrolled at Fort Myer, as compared to the other three forts during the pilot period, and in comparison with the same period the year prior, the evaluation doubled the number of Servicemembers enrolling in TSP.