Each month, roughly 125,000 Federal student loan borrowers who have not made a payment in 360 days enter into default. If a borrower fails to act, their loans are transferred to a private collections agency, and they face serious penalties. To avoid these penalties, ED offers a loan rehabilitation agreement that allows them to exit default if they make nine out of 10 payments based on income (payments can be as low as $5).

An iterative randomized control trial was conducted, sending emails to three separate cohorts of borrowers in default, where the most effective email from the previous cohort was tested against a new intervention in the next cohort. 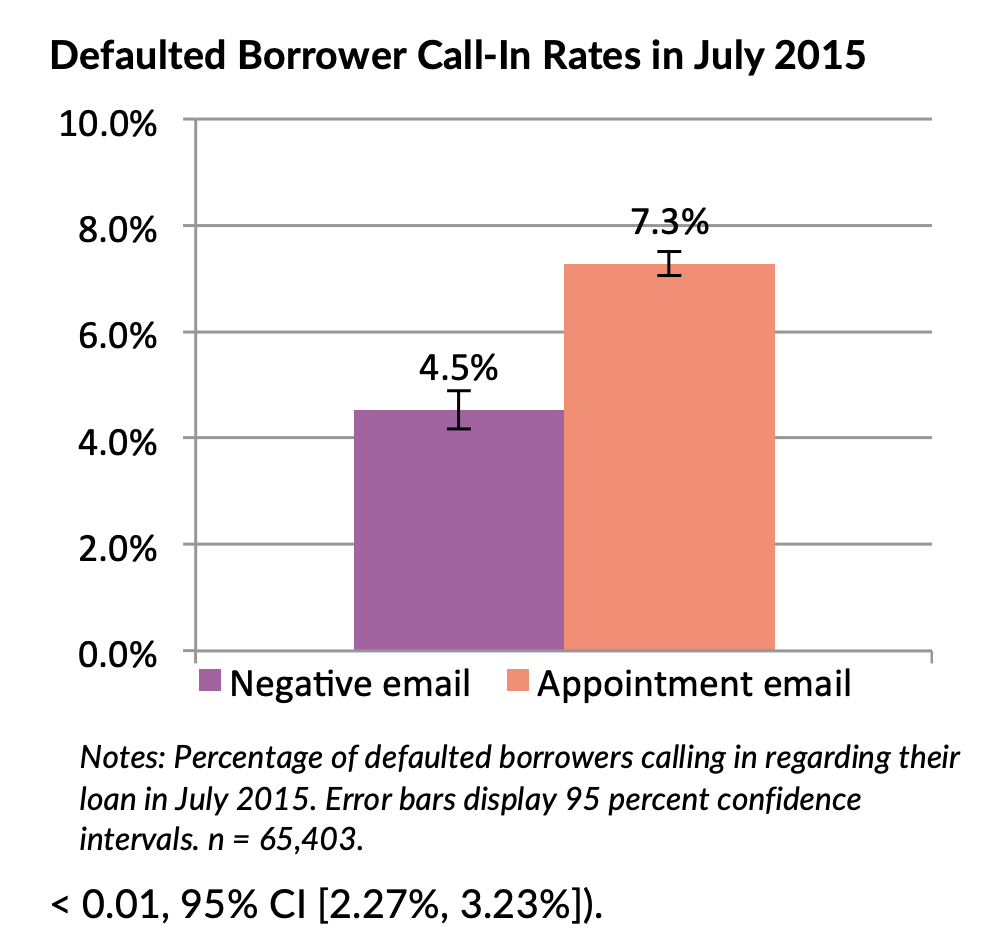 Prompting delinquent borrowers with a specific moment of action in the form of an appointment increases the rate at which they take an initial step to rehabilitate their student loans. Emphasizing negative consequences of default is more effective than describing default more generally.