The Centers for Disease Control and Prevention identify adults over age 65 as higher-risk for vaccine preventable diseases and recommends vaccines for the influenza, tetanus, pneumonia, and shingles. The Louisiana Department of Health (LDH) identified increasing the number of vaccinated elderly as a priority, as well as interest in testing the impact of outreach efforts.

LDH sent a postcard reminder on recommended vaccines to all elderly ages 65-70 in the Louisiana Immunization Information Registry. Reminder-based interventions have been shown to be an effective way to increase compliance with vaccine schedules by reducing rates of forgetfulness and complacency. Research shows that reminders may be particularly helpful in encouraging the elderly to vaccinate.

Individuals were randomly assigned to a month in which they received the postcard reminder, October, November, December, or January. In addition to month, individuals were block-randomized according to their vaccination history.

This study has three treatment arms based on when the postcard was sent: October, November, and December. Individuals randomized to receive the postcard reminder in January were considered the control group, as vaccinations rates were analyzed for the full sample excluding vaccinations post-January. 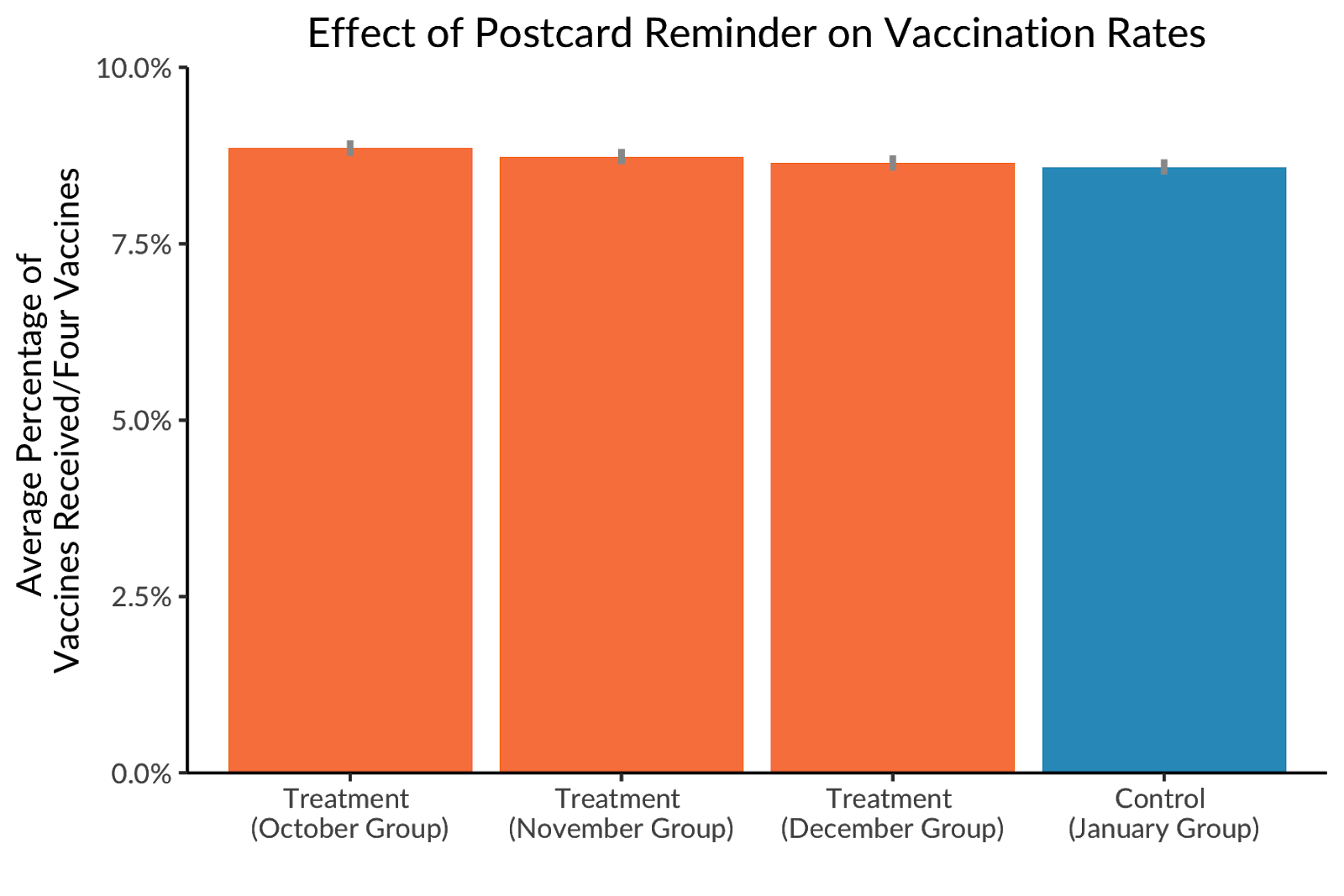 The postcard reminder had a small but detectable effect among individuals who received the postcard in October.

The increase in vaccinations in October is detectable, while increases in November and December are not.