Letters to adults 65 or older increased SSI awards by 340%.

The Social Security Administration (SSA) administers Supplemental Security Income (SSI) as a monthly means-tested cash payment to people who have low income and assets and are disabled, blind, or age 65 or older. Survey data from the National Institutes of Health-supported Health and Retirement Study suggest that less than 60 percent of individuals age 65 or older who may be eligible for SSI receive the benefit, and administrative data from SSA suggest that uptake may be substantially lower.

SSA identified over 4 million individuals age 65-80 who were potentially eligible for SSI, and sent one of four letter variations to a sub-sample of them. 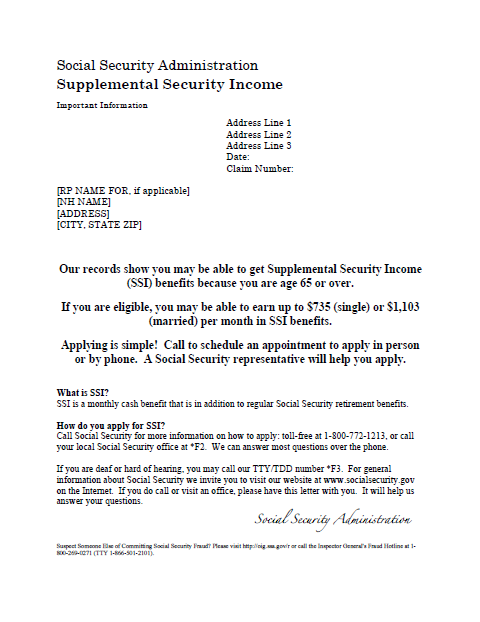 Individuals were randomly assigned to receive one of four letter types or to a control condition (i.e., no targeted information about potential SSI eligibility): (1) a basic letter; (2) a letter which states the maximum benefit; (3) a letter which states that applying is simple; (4) a letter combining the maximum benefit element and the “applying is simple” element. SSA sent 100,000 of each letter variation. 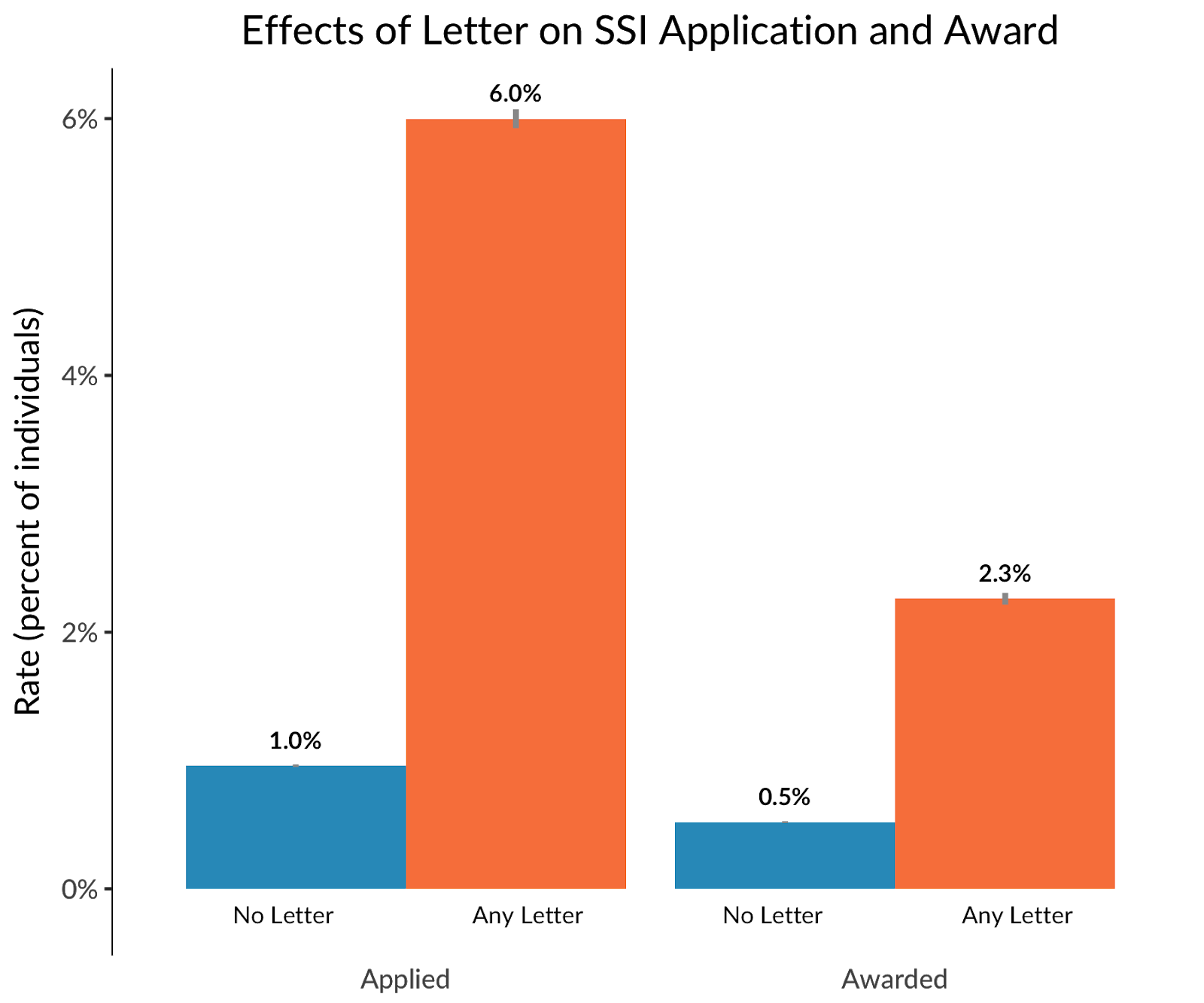