Many students fail to submit a renewal FAFSA each year, potentially missing out on valuable financial aid.

The office of Federal Student Aid sent several versions of emails to students who had filed a FAFSA the previous year, encouraging them to submit a renewal FAFSA for the upcoming academic year. 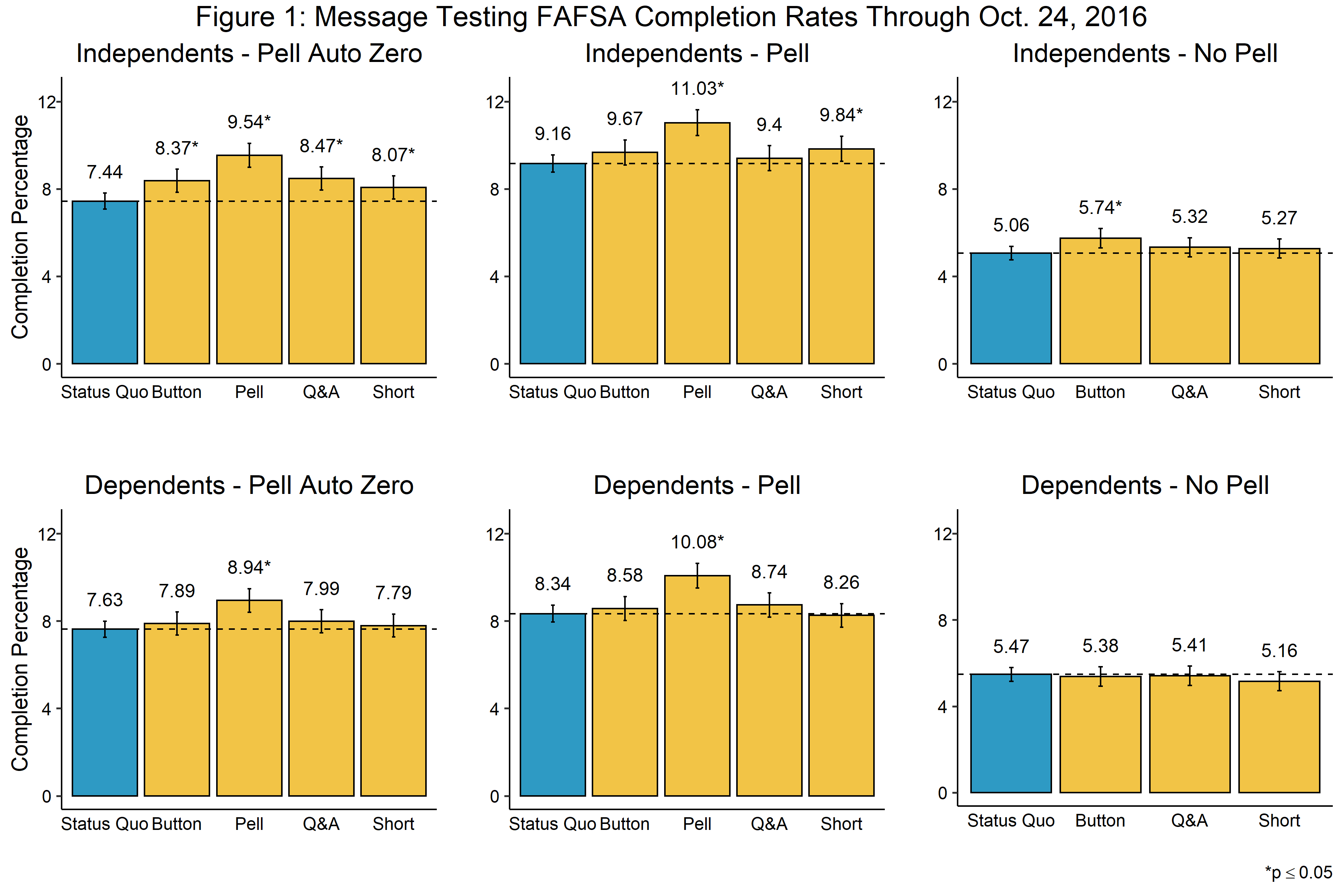 Students were segmented into groups based on dependency status and Federal Pell Grant eligibility. Students in each group were randomly assigned to receive different versions of emails targeted to their specific group. The most effective emails were then sent to the remainder of students over a period of several weeks. The timing of the emails was essentially random, which created an experiment over that time period. 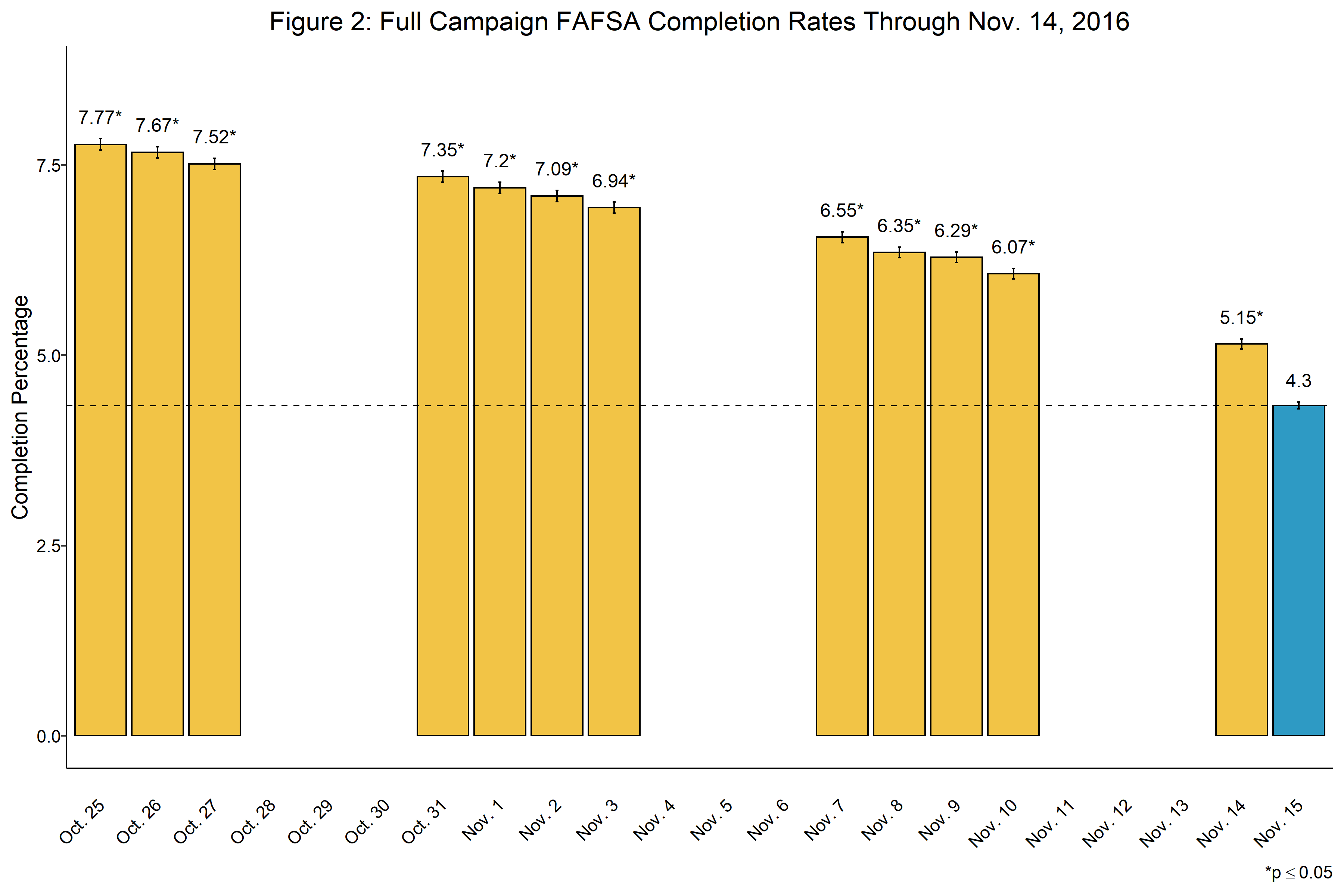 Among those who were eligible for Federal Pell Grants the previous year, messages focused on the Federal Pell Grant were significantly more effective than messages describing financial aid more generally. Using the most effective message for each group increased FAFSA submission rates from 4.34 to 7.77 percent within 20 days, which is equivalent to approximately 250,000 additional FAFSA submissions over the period.