The General Services Administration (GSA) provides services to other government agencies, including assistance with the disposition of surplus property. One of the mechanisms used to sell agency surplus to the public is an online auction platform known as GSA Auctions. Some items placed on GSA Auctions receive many bids; other items end a timed auction with no bids. When an item receives no bids, it must be disposed of in some other way, adding costs to the surplus disposition process.

In order to decrease the number of items ending their auction with no bids, GSA designed an outreach strategy that included an alert email to registered users of GSA Auctions who had purchased similar items in the past and an algorithm matching potentially interested buyers to items for sale.

To evaluate the effectiveness of this method of outreach, half of the potential buyers of a given no-bid auction lot were randomly assigned to be sent notification emails (the treatment group) and a control group consisting of the remaining half were not sent emails. All bids for the items in that lot were recorded. OES compared the maximum bid made by each emailed user for each lot to the maximum bids made by the control group to assess the effect of the new program. The data analyzed come from the Sept 21, 2015 to October 3, 2017 period. 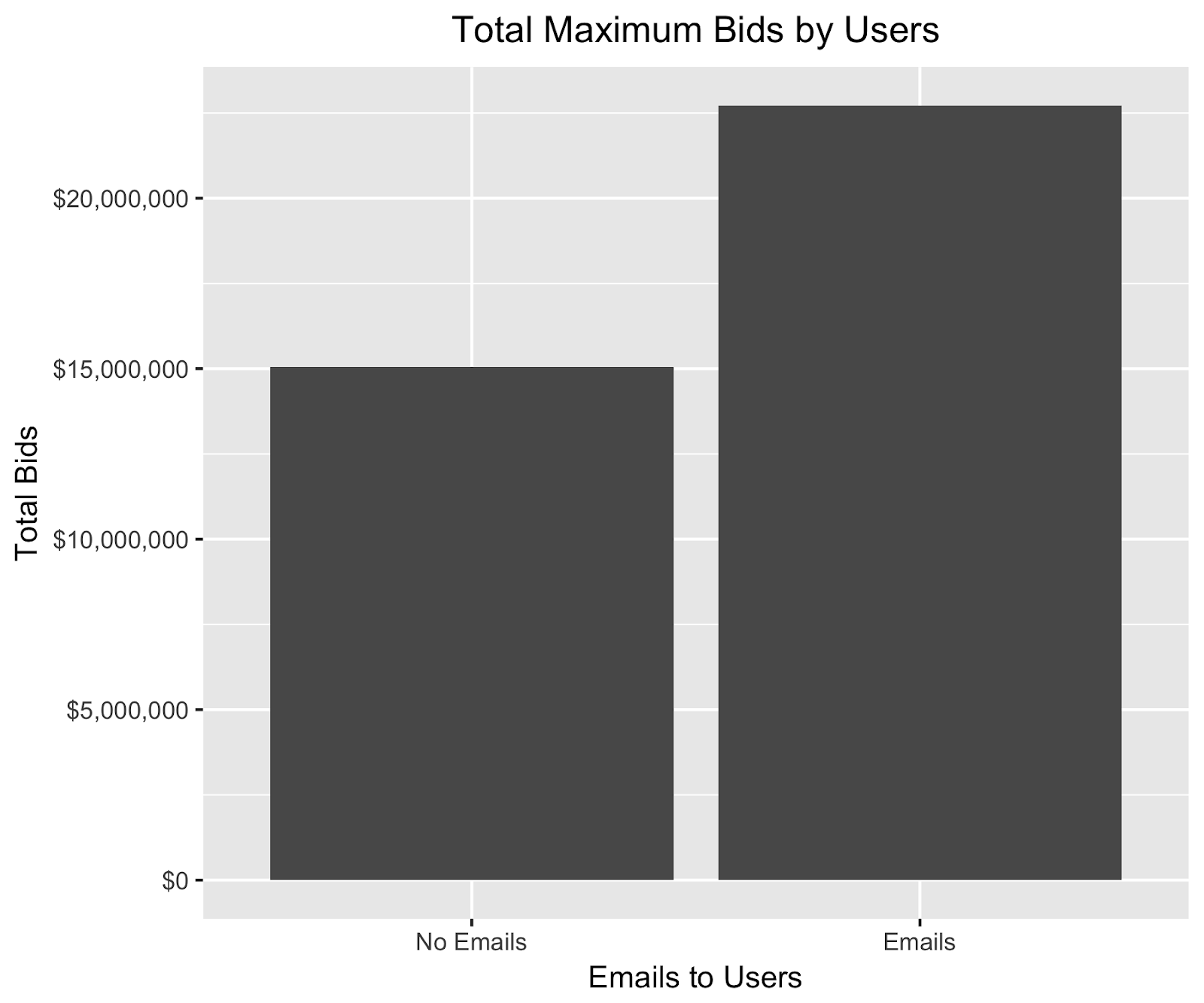 The treatment group bid about $7,670,000 more in total than the control group during this period (in which the experiment sent approximately 800,000 emails to approximately 37,000 users across 7120 lots). OES estimated the effect of the emails also more than doubled the rate of participation in the targeted auction (i.e. bidding more than zero).