Using Social Norms to Decrease Energy Use in Public Housing

OES designed a series of four flyers to send to residents in New York City Housing Authority (NYCHA) apartments. The letters included individualized feedback on recent energy use, a comparison of energy use to the average apartment and to energy-efficient neighbors, and a normative statement based on residents’ relative energy use. 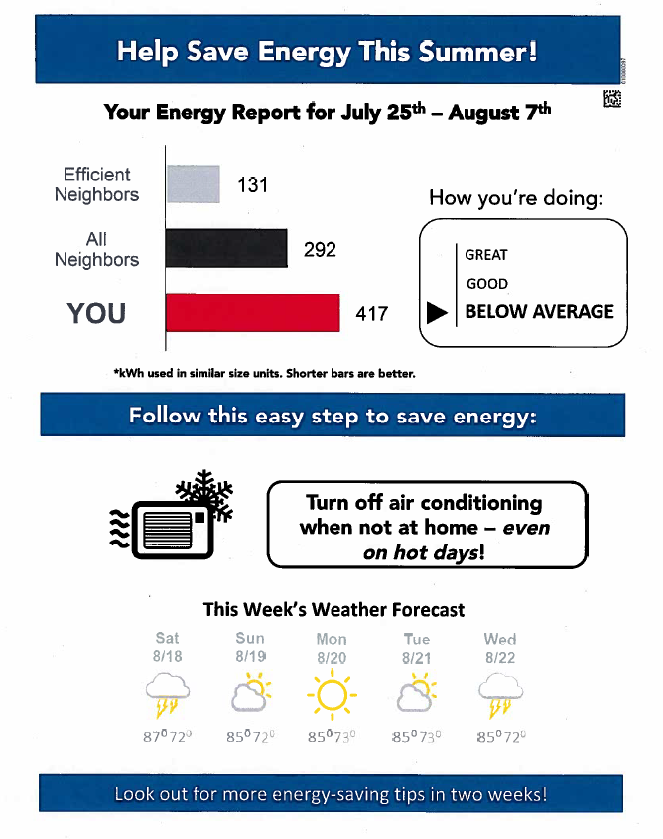 About 4,700 apartment units in NYCHA developments have wireless energy modules (WEMs) installed to observe energy use at 15-minute increments. These units were randomly assigned to either 1) receive a series of four letters every two weeks; or, 2) not receive any letters.

Energy use was not significantly different among households that were sent the flyers compared to those that were not sent any flyers. Energy use was compared between the two groups in the first week immediately after the first flyer was sent in August 2018, and during the eight weeks of the study period when all four flyers were sent. No significant differences were detected in either outcome period.