Presenting TSP enrollment as an active choice during in-processing increased enrollment by 6-7%.

The Federal Government operates a workplace savings program called the Thrift Savings Plan (TSP) for all of its employees. While civilian employees are automatically enrolled in TSP, Servicemembers are not. Roughly 56% of the more than 1.3 million active duty service members in the Armed Forces are not currently enrolled in any TSP plan, and only around 1% newly enroll each month.

OES ran two pilots at large Army installations — Fort Bragg and Fort Lewis — testing active choice interventions during the orientations that occur as service members are newly assigned to a base. 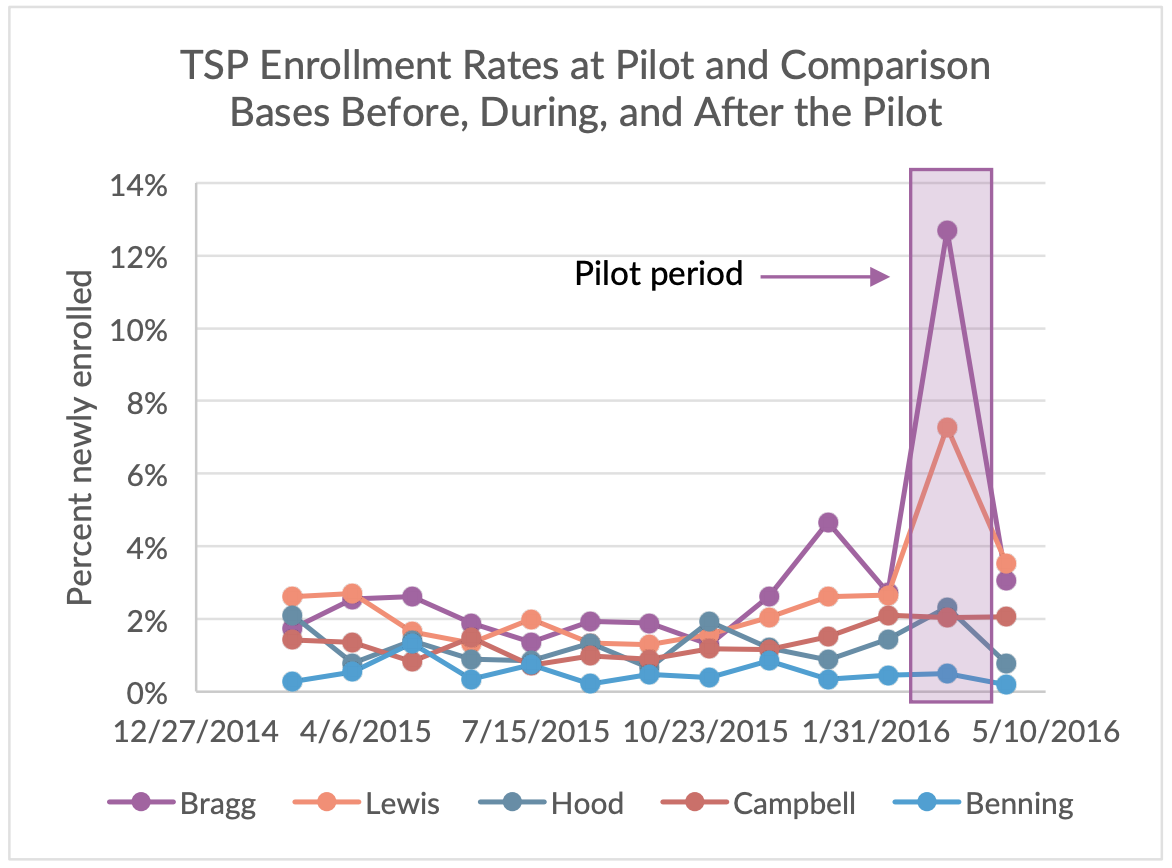 During the five-week period including the pilot at both bases, the enrollment rate was 10.47% at Fort Bragg and 8.39% at Fort Lewis, compared to a maximum of 1.86% at the other three bases.