Among Veterans who have an appointment at the Wm. Jennings Bryan Dorn VA Medical Center in Columbia, South Carolina during flu season, only about 50% end up receiving a flu vaccine. Because the Veteran population is older on average than the general population, VA enrollees are at greater risk of serious complications from the flu, and as such increasing the number of vaccinated Veterans is particularly important. In 2018, the Office of Evaluation Sciences and the Dorn VA Medical Center collaborated to identify interventions to increase flu vaccine uptake among Veterans who did not receive a flu vaccine the previous season.

OES and the Dorn VA Medical Center worked together to understand the feasibility of an intervention to increase flu vaccine uptake among enrolled Veterans. The proposed intervention involved alerting patients to an automatically-scheduled flu shot appointment, an idea motivated by previous research, which found that defaulting patients into vaccine appointments increased total vaccination rates by 10 percentage points.¹ The Dorn VA ultimately selected a postcard intervention that included information on how to schedule a flu shot or primary care appointment but did not include information about an already-scheduled appointment. In December of 2018, the Dorn VA randomly assigned 7,869 patients to either be sent or not be sent the postcard reminder (shown below). 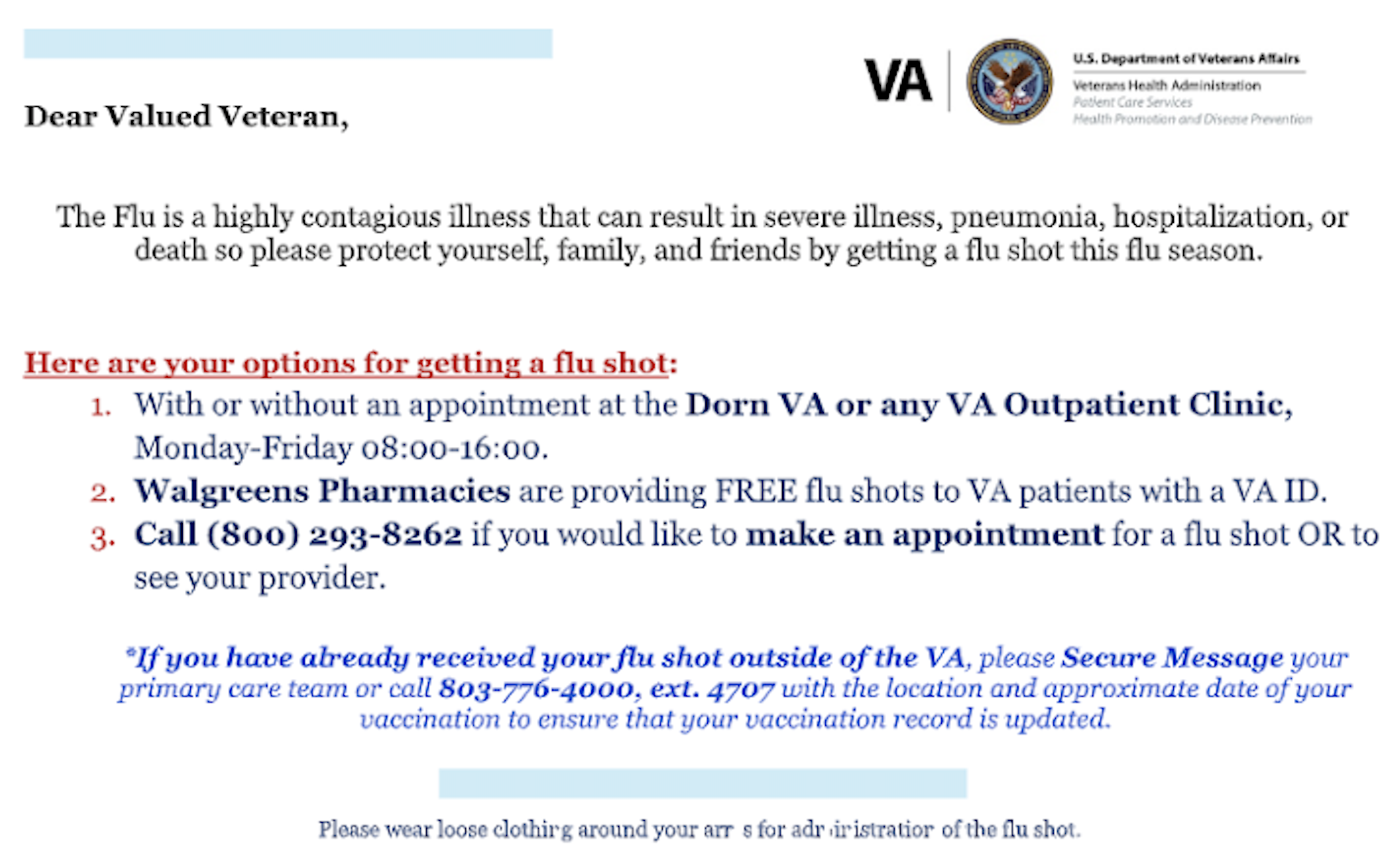 A follow-up analysis indicated that the Veterans who were sent a postcard were not significantly more likely to get vaccinated (9.0% vs. 8.4% of the Veterans who were not sent a postcard); although the analysis was not powered to detect effects smaller than 2.4 percentage points. There were also no significant differences observed in scheduling a primary care appointment, information about which was also included in the postcard. Further work could explore whether an evaluation of a program with a larger sample size, one that mails postcards earlier in the flu season, or one that relies on a more intensive intervention would result in positive effects.

As a feasibility study, this project does not have an Analysis Plan.